Moore & Reese, LLC is proud to announce that partner Mindy Waitsman was elected president of the CAI-Georgia (Community Associations Institute – Georgia Chapter) board of directors for 2018. For many years, Ms. Waitsman has volunteered with CAI-Georgia, including serving…

Are you like most people, thinking of Bitcoin, the virtual currency first released to the public in 2009, as a currency only for criminals, drug rings, and money launders? Though adoption of the currency has been slow, it is increasing in popularity and use, and by more and more “normal” folks. As proof, the total value of the currency is close to $9 billion, and increasing. Venture capital firms have raised significant money to invest in Bitcoin related enterprises. And there are more virtual currencies taking advantage of the investment interest (e.g., Ethereum, Litecoin, Monero to name a few).

Guest speakers for the breakfast on December 7 will be the Hon. Berryl A. Anderson, Chief Judge, Magistrate Court of DeKalb County; and Ayonna Johnson, Director of Legal Services, Women’s Resource Center to End Domestic Violence. Incidents of domestic violence…

The Family Law Section of the DeKalb Bar held its monthly meeting on October 5. The guest speaker was Lynn Pasqualetti, managing partner of HLM Financial Group based in Decatur, Georgia. Ms. Pasqualetti presented on techniques for obtaining Third Party… 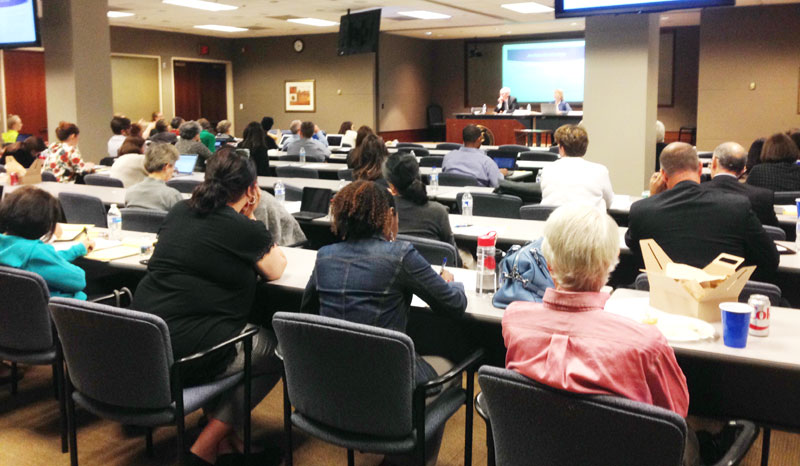 Alice W. Limehouse and Georgia Lord co-chaired the program. Attendees enjoyed the breadth and depth of the topics presented, which included: