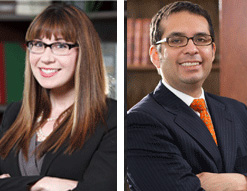 It’s a question family law attorneys are routinely asked: “Can I be forced to pay for my child’s private school tuition?”

And for years, attorneys have advised clients that, generally, another parent could not force the other to pay for an expensive private school if it was not expressly contemplated.

A recent Georgia Supreme Court decision, however, indicates that may not be the case.

In Hardman v. Hardman, an issue arose post-divorce when Father decided the parties’ twin boys should continue at their private boarding school, but refused to pay the tuition. Pursuant to the parties’ settlement agreement, the parties share joint legal custody of the minor children with Mother designated as the primary physical custodian. As to major decisions affecting the children’s education, Father had final decision-making/tie-breaking authority in the event of a disagreement. Pursuant to this authority, Father not only stated that the children should attend private school but that, as primary custodian of the children, Mother was responsible for the $2,605 per month tuition. Mother objected and threatened to move the children to a public school in North Carolina, where she lives.

On appeal, the Georgia Supreme Court agreed with Father, issuing a decision that could have lasting impacts on advice given to clients by the family law bar.

In its holding, the Court reminded attorneys that a settlement agreement is a contract like any other, and so the Court must look to the laws and public policy in place at the time the contract was entered into in order to evaluate same. In this case, that law is Georgia’s child support statute, O.C.G.A. § 19-6-15.

The Court then turned to its evaluation of the parties’ child support worksheet.

O.C.G.A. § 19-6-15 provides the only means by which a Georgia court may either set or modify an amount of child support to be paid by a non-custodial parent. See Ga. Dep’t of Human Res. v. Sweat, 276 Ga. 627, 628, 580 S.E.2d 206 (2003). The Court recognized, however, that both parents and the courts have considerable discretion to deviate from the presumptive amount of child support pursuant to statute. Not only can parties contractually agree to a deviation (so long as is there is a supporting finding of fact shown in the worksheet), but there are mandatory, specific and discretionary deviations available. For example, if parents share 50/50 parenting time, a deviation can be placed on the worksheet giving the non-custodial parent a monetary credit against the presumptive amount of child support because, presumably, having the child 50% of the time costs more than every other weekend. (Or, as the Court stated in Sweat, when a parent has “measurably less involvement in the day-to-day care of the children”.) The Court also noted that the child support worksheet has a designated place to include “extraordinary expenses”, including educational expenses. This phrase is read extensively to include “reasonable and necessary expenses” that, again reflecting state policy, are “appropriate to the parent’s financial abilities and to the lifestyle of the child if the parents and the child were living together.”

In Hardman, the Court noted the parents did not list any extraordinary educational expenses on the child support worksheet, even though at the time of the divorce the children were enrolled in the private boarding school. The Court stated that “if the child support worksheet shows no deviation as to a particular child-rearing expense or type of expense, there is normally no ambiguity as to which parent must pay the expense. The presumption remains intact that the custodial parent will do so, with the aid of the child support he or she receives.”

The Georgia Supreme Court held that because nothing was listed on the worksheet, because Mother expressly agreed that Father would have final decision-making on education, and because “his decision could come as no surprise” given the fact that the boys were already enrolled at the private school (the same private school their older sibling had attended and graduated), she was bound by the agreement and her only remedy if she now objected would be a modification of the order. See also, Sweat, 276 Ga. at 630, 580 S.E.2d at 211 (stating that “after divorce, the custodial parent’s responsibility for the child’s support as well as care is general and plenary, while the non-custodial parent’s responsibility is usually limited to the requirements of the support order.”)

In other words, Mother was left holding the bill for the boys’ private school education, even though she had no authority to make the final call on whether or not they attended.

Does the holding in Hardman turn on the facts? Does it matter that the children were already enrolled in the private school at the time the parents separated and that their older brother had also attended the same school? Perhaps, but the Court makes clear that was only one factor to consider. It appears that the silence on the child support worksheet may have been the lynchpin.

For this reason, it is imperative that family law attorneys play the dreaded “What If” game with their clients when negotiating final decision-making authority.

For example, assume Mother is primary custodian and Father has final decision-making authority on religion. What if he decided the child deserves a large bar mitzvah celebration? Would Mother be responsible for the costs? Maybe. Apply the facts to the law. If the child would have the party if the parents were living together, if the financial means are available then, yes, the Mother may very well find herself holding the bill.

Another example, assume Father is primary custodian and Mother has final decision-making authority on extracurricular activities. What if she decided the child needs to participate in horseback riding competitions and have her own pony? Would Father be responsible for the costs? Maybe. Apply the facts to the law. If her big sister had her own pony and traveled the southeast in competitions then, yes, Dad may very well find himself researching hotels across the country, if not the world.

In sum, when a custodial parent relinquishes final decision-making authority to the other parent, the custodial parent must take extra efforts to ensure the child support worksheet, a settlement agreement and/or a final order are drafted in a way that places a limit on financial obligations; otherwise that parent might be left with responsibility for an unexpected bill. Following the holding in Hardman, best practices going forward would be to contemplate the world of possibilities, negotiate an amount or a ceiling and ensure that specific amount is included on Schedule E. It is imperative that the child support worksheet reflect the parties’ agreement and intentions, after all Schedule E may be the lynchpin for who is ultimately left holding the tab for the other parent’s final decision regarding the child in the event of a disagreement. As for settlement agreements already in place, practitioners are well-advised to re-review all documents carefully before advising a client because, after Hardman, his or her financial responsibility may turn on (a) who is the custodial parent; (b) whether he or she has final decision-making on the issue; and (c) whether or not the issue could have been, or should have been, expressly included on the child support worksheet.